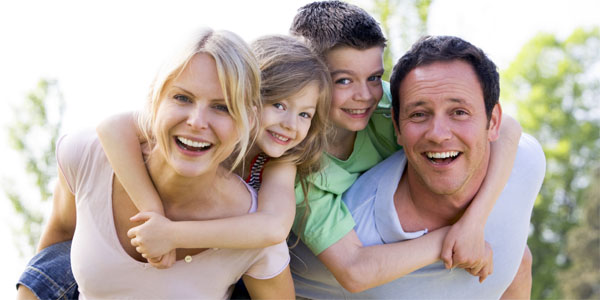 Capital Punishment
The death penalty is currently implemented in 30 states. It was re-legalized by a Supreme Court decision in 1977. Since then, 552 people have been executed. About 3,335 inmates remain on ‘Death Row.’ Texas is by far the national leader in executions — it has executed 178 people as of June 1999, 32% of the national total.
Much of the current controversy about the death penalty focuses on the circumstances where it should be applied, and on its unequal application among racial and socioeconomic classes. About 52% of death row inmates are Black or other minority, versus 17% in the general population. Over 98% of death row inmates are male.
Hate Crimes
Congress defines ‘Hate Crimes’ as a crime in which the defendant intentionally selects a victim because of the actual or perceived race, color, national origin, ethnicity, gender, disability or sexual orientation of that person. Hate Crimes are covered primarily as racial or anti-gay issues under Civil Rights.
Amendments V and VIII to the US Constitution
V. No person shall… be deprived of life, liberty, or property, without due process of law…. (1791)
VIII. Excessive bail shall not be required, nor excessive fines imposed, nor cruel and unusual punishments inflicted. (1791)

Pollution Control vs. Cost Control The Clean Air Act: (CAA) regulates industrial smokestacks and other sources of smog, acid rain, and other air pollutants. The CAA uses numerous market incentives, including ‘pollution permits’ that are traded on open markets, to minimize costs.
The Clean Water Act: (CWA) regulates ‘point-source’ (sewage pipes) and ‘non-point-source’ (land and road runoff) water pollution. The EPA’s approach since the early 1990s is ‘watershed-based,’ which means cooperating across political boundaries.
CAFE standard: The ‘Corporate Average Fuel Economy’ requires that all automobile manufacturers maintain an average of 28 miles per gallon (mpg) for all vehicles sold.
Command-and-control: Standardized regulations with central enforcement (usually by EPA), as opposed to market-based incentives.

nd Relationships
Adoption: 19 states allow gay and lesbian couples to adopt children in a complex and expensive two-step process, in which one parent first adopts and then the second can petition for joint rights.
Ceremonial Marriages: Same Sex Marriages may be officiated by church officials, or anyone else, but ceremonial marriages in and of themselves involve no civil laws and carry no legal benefits or responsibilities.
Domestic Partnership Registration: is a means by which some cities allow opposite- and same-sex couples to go on public record as a non-married couple. The major benefit is used to establish legal responsibility for debts after a relationship ends.
Domestic Partnership Affidavit: Many private employers and municipalities offer domestic partner benefits to their workers, based on signing a legal affidavit that defines an economic relationship.

Civil Unions
In Dec. 1999, the Hawaii Supreme Court reversed a 1996 ruling, and defined marriage as between different sex couples.
In April 2000, the Vermont House of Representatives gave final approval to same-sex marriages. Gays and lesbians may join in “civil unions,” which are no expected to be recognized by other states and will not entitle the partners to federal benefits. The Vermont Supreme Court had ruled in December that gay and lesbian couples denied the right to marry were suffering from unconstitutional discrimination.
In June 2000, the Supreme Court let stand a New Jersey ruling that allowed the Boy Scouts to ban gay scoutmasters.
In July 2000, Vermont began offering a separate form of marriage, conferring about 300 spousal rights to same sex couples.
The Civil Union license is obtained from town clerks. There is a $20 fee. The Unions are “certified” either by justices of the peace, judge, or willing member of the clergy. Civil Union couples also have the right to dissolve their unions through a “dissolution” process in Family Court.

Civil Unions Benefits
Definitions: Use of State laws that confer benefits or rights to people based on their marital or family status, such as family landowner rights to hunt and fish, or definitions of family farmers.
Adoption: Entitled to all the protections and benefits available when adopting. Same-sex couples already are allowed to adopt, but laws would reflect that those couples would now be treated as spouses.
Compensation: Use of victims’ compensation and workers’ compensation related to spouses.
Discrimination: Use of laws prohibiting discrimination based on marital status.
Health Care: Able to make medical decisions for incapacitated partner. Able to visit hospitals visitation and be notified of a partner’s condition.
Insurance: State employees are treated as spouses for insurance or continuing care contracts.
Lawsuits: Able to sue for wrongful death, the emotional distress caused by a partner’s death or injury, and loss of consortium caused by death or injury.
Property: Entitled to joint title, transfer from one to the other on death, and property transfer tax benefits.
Probate: Use probate law and procedures.
State Tax: Treated as an economic unit.
Testimony: Not be compelled to testify against one another.

Societal Issues
Boy Scouts: In June 2000, the Supreme Court ruled that the Boy Scouts of America can bar homosexuals from serving as troop leaders.
Don’t Ask, Don’t Tell: The Clinton administration in 1993 enacted a “don’t ask, don’t tell” policy. Under the existing rules, gays can be discharged from the military for homosexual contact and for stating their sexual orientation, but the military is not allowed to ask them their orientation. (see Defense)
On May 17, 2004, Massachusetts began allowing same-sex marriages. This followed a ruling by the Massacshuetts Supreme Judicial Court in a case known as “Goodridge.” The Massachusetts legislature passed a bill to allow voters to decide on a Constitutional Amendment banning same-sex marraiges, but the referendum vote will not occur until November 2006. The Massachusetts law only applies to in-state residents, but many cities and towns have declined to ask applicants their residency.